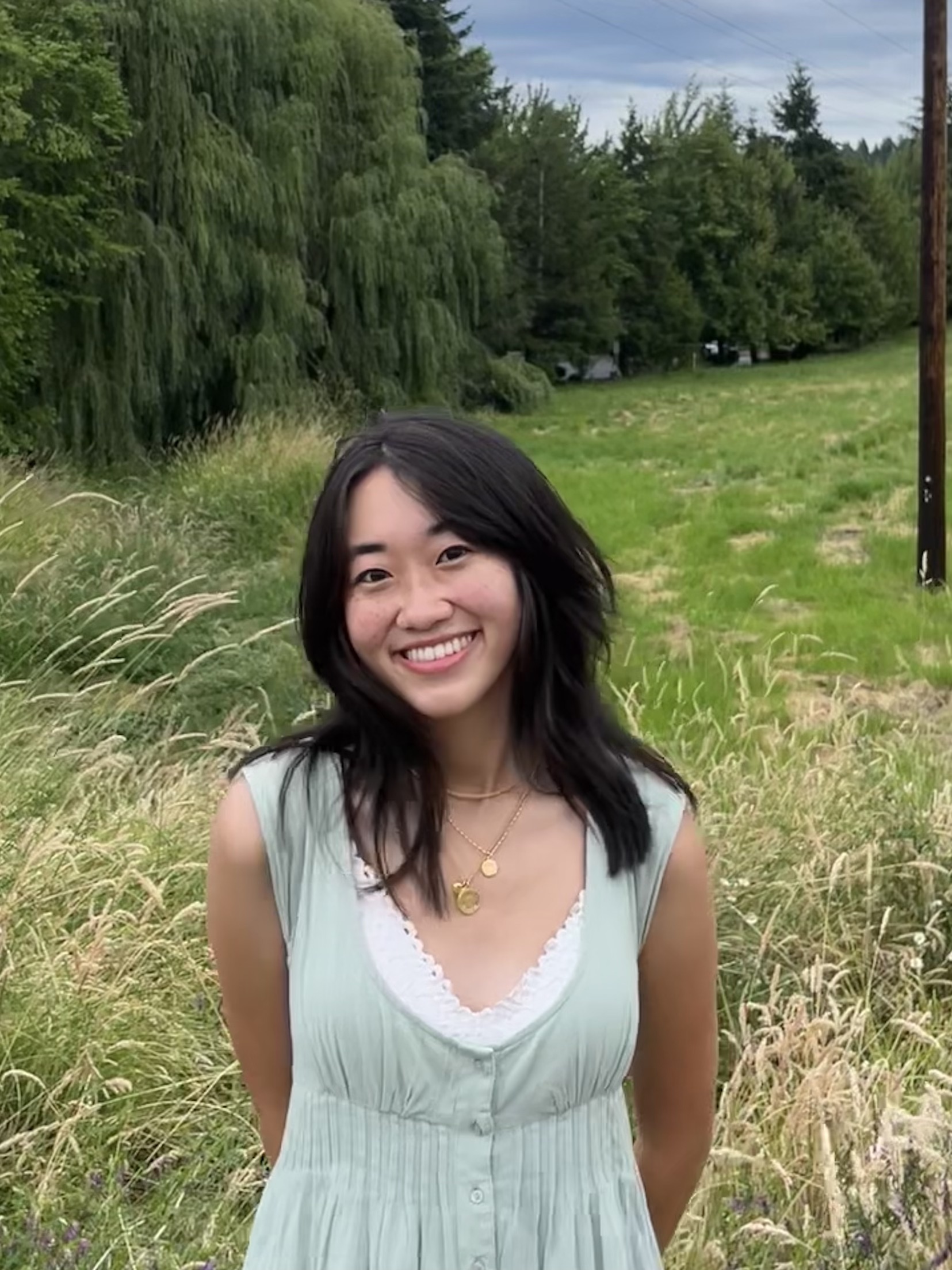 IW: The collection of work you submitted to Short Story UNC is very diverse in terms of genre and forms: fiction, poetry, creative nonfiction. What is it like as a writer switching between them, and how often do you find these lines blended?

CL: I think there’s so much I have to learn in each of the genres, but I love how each allows for a different shape and shade of honesty, creativity, and self-exploration – how the forms borrow and learn from each other as well. While I find that writing poetry, I think, asks for a boldness and sort of urgency, I’m still trying to develop as a writer; even in fiction I find myself most moved by stories with traditionally poetic qualities, like beautiful language, or rich, color-soaked images, or fervent, clear declarations, the kind that you feel like you need to highlight and underline and dog-ear until it’s etched into your brain. Likewise, I think the best fiction is one that doesn’t feel like fiction, but rather creative nonfiction, or like a diary entry that was never meant to be seen. In my stories, too, even when the scenario is entirely constructed and every mention of light or grass made-up, I think all of the feelings are entirely true – all of the characters’ desires, the heartache, and the love for light and grass and those little things – all of these things are real, though maybe experienced by me at some different point or other. As a visual journalism major, also, I love studying how real stories inform made-up stories, and maybe even vice versa – how the essence of every story, even in journalism, is the same: a character wants something – even if it’s just a glass of water – and the story goes from there. And I love to think that the heart of every poem, or fiction piece, or personal essay or film or even artwork are these same simple human things, like love (for anything) or community or identity, and which all mediums get to tell and find in different ways.

IW: Many of your pieces tackle complex themes relating to your culture and identity. Do you have any favorite authors who also draw inspiration from their backgrounds? In what ways have they influenced your work?

CL: One of my favorite writers, whose words often float back into my head when I’m sitting down to write or cook or send a text to my mom is Ocean Vuong, who I admire so deeply not only for his incredible grasp of language but also his incredible grasp of feeling, with this deep, earnest clarity for human emotion that I almost hesitate to call honesty when it feels so much greater than that. Vuong is also immediately the writer I think of when I think of culture and identity, particularly Asian-American identity – family, identity, and legacy are each at the forefront of Vuong’s works – often inseparable from one another. I think from Vuong, and especially On Earth We’re Briefly Gorgeous, is where I learned so much about what it means to define my identity, or my family, and also where I began to find the language and reason to write about them. I say this though the world I grew up in, and even that which my immigrant parents grew up in, is vastly different than that of Vuong’s narrator in OEWBG and of the narrator’s mother and grandmother, who live through the Vietnam war – and despite this distance between our lives, it is Vuong’s persistence in giving light and weight to these questions, and his sustained belief in the necessity of language and storytelling to do so, that will make me want to write and read and call my grandparents and wholeheartedly devote my life to these questions anytime I pick up a poem or paragraph of his. He says it much better than me – “Writing, if nothing else, is a bridge between two people, a bridge made of language. And language belongs to all of us. If I enjoy a poem, that just means I am recognizing within it something of myself, something I must already possess. Therefore, to love a poem is to love a part of myself revealed to me by another person…”

IW: With your collection being twelve installments, could you tell us about a piece or two that didn’t make the cut?

CL: Of the few pieces that didn’t make the cut, one was an unfinished creative nonfiction short, which explored similar themes to “i mean to say this,” and in which I write about a childhood memory of a summer in Tianjin – what I can piece together, in stray images, peaches on the side of the road, the air wet and thick with mosquitos – but also begin to question the validity of the memory itself, and why I am writing about it. I think in every creative writing class I’ve taken, one prompt early in the semester is always to write about a childhood memory. Despite only spending a few summers there, plus one three-month trip attending part of third grade in Anhui, I find that I always write about China, and that I always struggle to piece together a proper story the way stories are meant to be structured – instead, I can only remember moments, or images, or specific sensations that don’t quite seem to work as a story or as a poem. In all the variations over the years, I think I am still figuring out myself what it is I’m trying to say with this story – why I feel the need to keep writing about it when there is no clear beginning, middle, or end – or maybe what I myself am trying to remember… “Like most childhood memories, I find them mostly invented… there is, I know, supposed to be some sort of stakes by now, but I can’t think of one.”

IW: What kinds of goals do you hope to accomplish within the next year as a writer? Do you have any future projects lined up, or topics/genres you wish to explore?

CL: My goal, always, is to write more, with more honesty and less shame, even in fiction writing, where I find it’s so easy to be a little dishonest, a little muddled, to feel a sort of shyness or guilt even in the wide-open space of a story you have created yourself. So often I read stories or poems – most recently Ocean Vuong, or Miranda July, or Sally Rooney – which say something so visceral, so stunning, and so free of shame or embarrassment that it genuinely amazes me – things that I didn’t realize we were allowed to talk about, and then which make me wonder why I thought that. A common critique I receive in workshops is that my main characters lack agency – characters which I often draw from myself – and a larger goal ever since has been to write more interesting, more urgent, characters, and also to be a more interesting character in my own life. I think if there is one place in the world that I can be entirely honest, I hope it would be in my writing. As I prepare to graduate college in the spring and leave behind the wonderful creative writing classes, classmates, and professors I’ve had, which have honestly changed everything about writing for me, I also hope I can find and nurture a similar writing community to the one I’ve had in undergrad. Finally, as I study abroad this semester in London, in my second-to-last semester of college, I find myself gathering as many notes-app poems, journal entries, or grocery lists scribbled on coffee receipts as I can. Whether it ends up being just for myself or for my close friends, I would love to create a sort of zine out of my time abroad and of my last year of college, and to have a living reminder of this period of my life through the most authentic written forms – scribbling down quotes and half-formed epiphanies in stray moments, writing without the necessity of digestion or comprehension – to encourage myself to re-learn the way that I wrote stories before I knew what writing stories was, and to find the space to share them.

Cynthia Liu is a senior at UNC studying visual journalism, French, and English. Her work has been published in Cellar Door, Arts Everywhere, AAJA, NCAAT, and Hearst. She is a big fan of Mary Oliver, em dashes, and sitting in coffee shops.

Along with Helena Walsh and Maude Kneale, Cynthia Liu is a resident writer for Short Story UNC during Fall Semester 2022. Check out more work by Cynthia at the dispenser inside Epilogue Cafe in Chapel Hill, NC! Or by visiting our website!