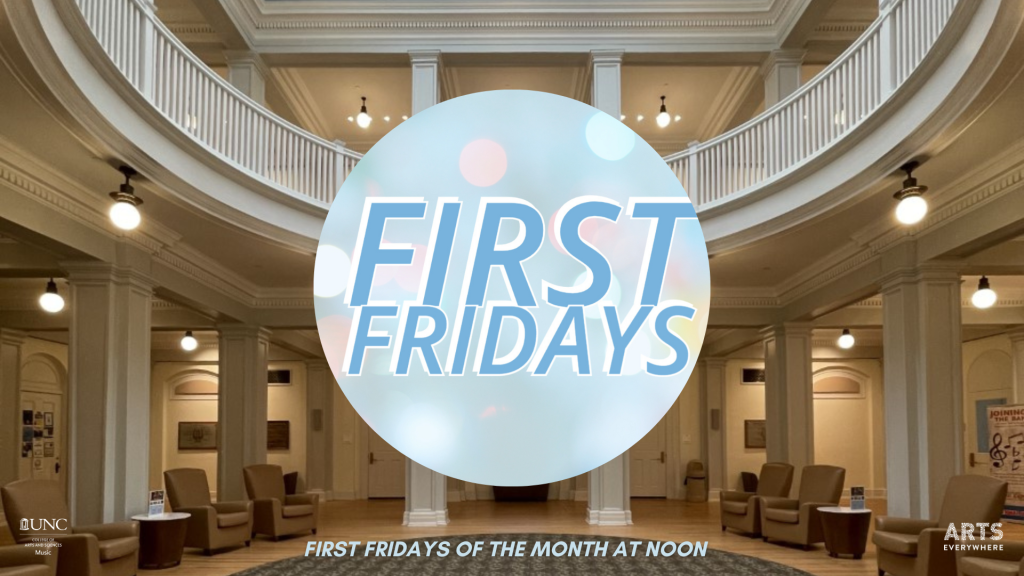 About Pauper Players and Troupe: UNC-Pauper Players is UNC’s premiere student musical theatre company. We have been putting on musicals since 1989. This fall we are reviving a beloved Pauper program, Troupe! Troupe is a semester-long performance program produced by UNC-Pauper Players focused on giving potentially interested students a low-stakes opportunity to get involved. As a member of Troupe, students new to performing have the chance to workshop songs and scenes with experienced student collaborators, gain experience performing, and get plugged in with the UNC Student Theatre community. Troupe will have its fall showcase on November 5th. If you’d like to get involved with Troupe for the Spring Semester, be on the lookout for audition information in January. Instagram @uncpauperplayers 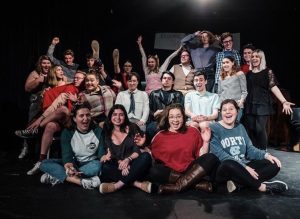 Created in Fall 2019 by Arts Everywhere and the UNC Department of Music, First Fridays is a concert series that features pop-up performances by different student and chamber ensembles on the first Friday of each month in the rotunda of Hill Hall as well as in various locations across campus. These informal concerts allow students, faculty, staff, and community members to come and go as they listened to live music of all genres and configurations.