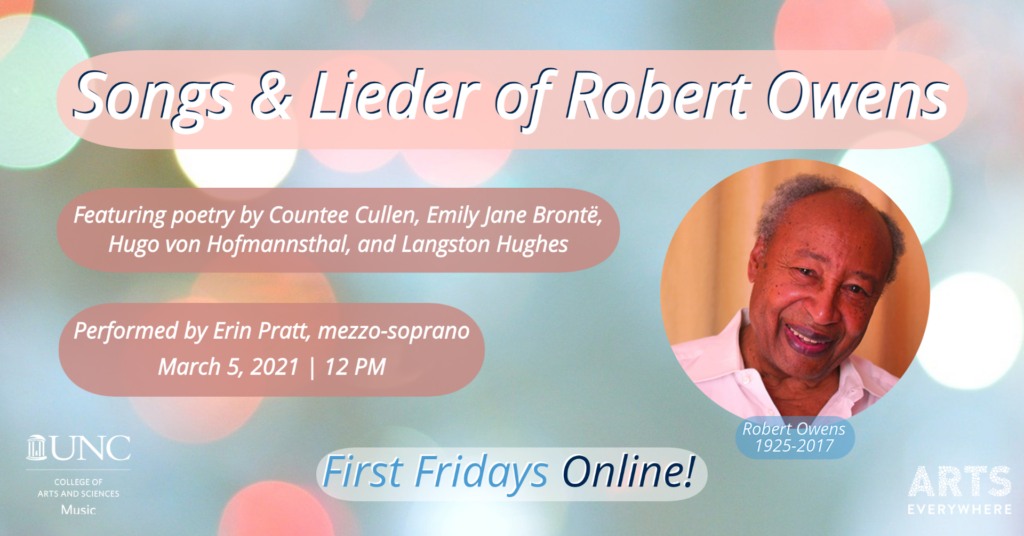 I. The Old Stoic

II. Tell me, tell me

The songs of Robert Owens (1925-2017), an African American expatriate who lived in Germany for most of his life, occupy a unique and fascinating position in the song repertory. Though he is often associated with African American Art Song, he thought of himself as a composer in the European tradition, and took Franz Schubert and Robert Schumann as sources of inspiration. After learning some German from prisoners of war at a camp where he served during World War II, Owens used the GI Bill to move to Europe, where he studied piano in France and Vienna. In 1959, he was finally able to fulfill his lifelong dream of moving to Germany, where he continued composing and playing piano even as he pursued a second career as a stage and film actor. Owens’ international identity led him to write fascinating songs that join the poetic focus and harmonic inventiveness of the twentieth-century American song tradition with the structural designs and motivic drive of the classical German repertory.
~Program Notes by Erin Pratt
.
.
.
Read the full program notes and artist bios here: Erin Pratt- Robert Owens First Fridays Program Notes
.
.
.
.
The Spring 2021 First Fridays series, cosponsored by Arts Everywhere and the UNC Department of Music, features students performing works by underrepresented voices. All performances have been pre-recorded for health and safety.